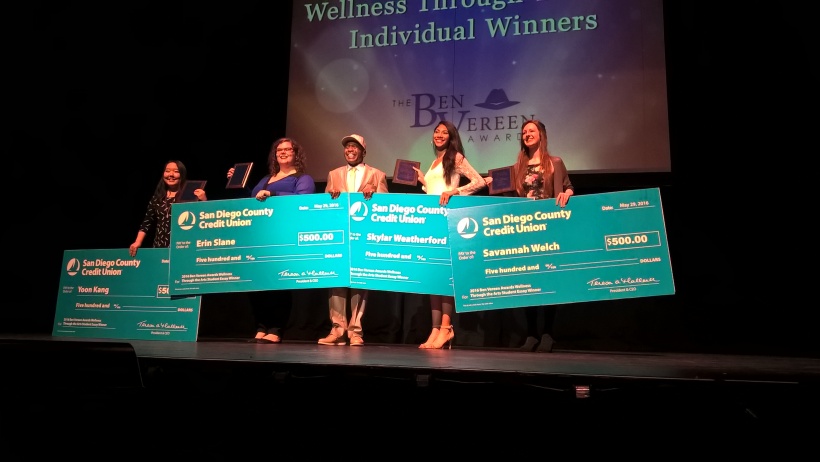 One facet of the Ben Vereen Awards that deals with the holistic health of high school students is the Wellness Through the Arts (WTA) program.  In conjunction with the esteemed musical theatre competition, the WTA (a pet project of Mr. Vereen himself) solicits essays from area high school students who have faced issues with bullying and obesity.  Five winning essays became the raw material for a new piece of musical theatre, composed by Bradley J. Behrmann with lyrics adapted by Jamie Gilchrist and Behrmann.
Members of the J*Company Youth Theatre rehearsed the piece (entitled “I Am”), received coaching from Mr. Vereen, and performed the piece at the Ben Vereen Awards on May 29, 2016 at the Balboa Theatre in San Diego.

“Each of the five essay winners showed great resilience in the face of adversity, and so the piece attempts to capture that spirit,” said Behrmann.  “The words of the essays read like a manifesto, and so the lyrics, especially in the main themes, reflect that strength.  And the piano is violently joyful during those sections.  We crafted five vignettes to feature each of the five winners.  Melodically, this is where we expressed the tone of each of the essayists, from tender to humorous to downright heartbreaking.” 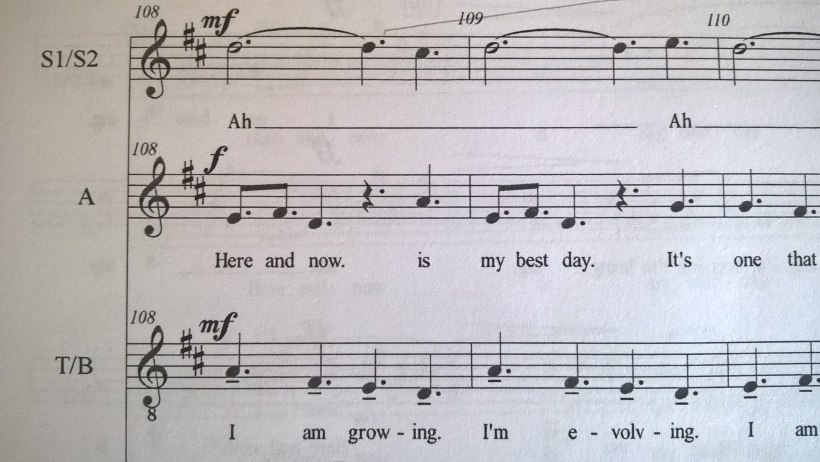